What is the Script manager? Print

The scripting functionality of the DSS is an added benefit as allows you to develop custom made scripts to analyze specific issues.  Availability  of  this  functionality  in  the  DSS,  through the Script manager, created  favorable condition  to  fill  the  gap  when  the  available  tools  are  not  sufficient  to  address  a problem that is under consideration. In the DSS scripting environment, the user has options to access objects that belong to almost all managers. The capability of accessing objects from the database and the DSS framework makes the scripting environment a power and versatile tool of the NBDSS as this allows you to:

· Automate repetitive tasks. Imagine you have daily task of checking daily rainfall data records of a number of catchment gauges. To do this, you can write a script to import and check this data using the DSS tools.

· Create customized functionality in the DSS such as creating other Managers, Tools, or model Adapters.

Each manager in the DSS has four user interface components. These components are used to carry out operations on objects related the concerned manager. Figure 2 shows the components of the DSS Script Manager, namely:

1. The Scripts Explorer: where scripts are organized in user defined groups and subgroups or by storage (i.e. files).

2. The scripts view: where scripts are created, modified, debugged for errors and saved.

3. Tools Explorer:  in this case it is used only to export and import scripts definitions. Since it is not used much for scripts it is not further described in this module.

4. The Properties window: where the selected script data is displayed. 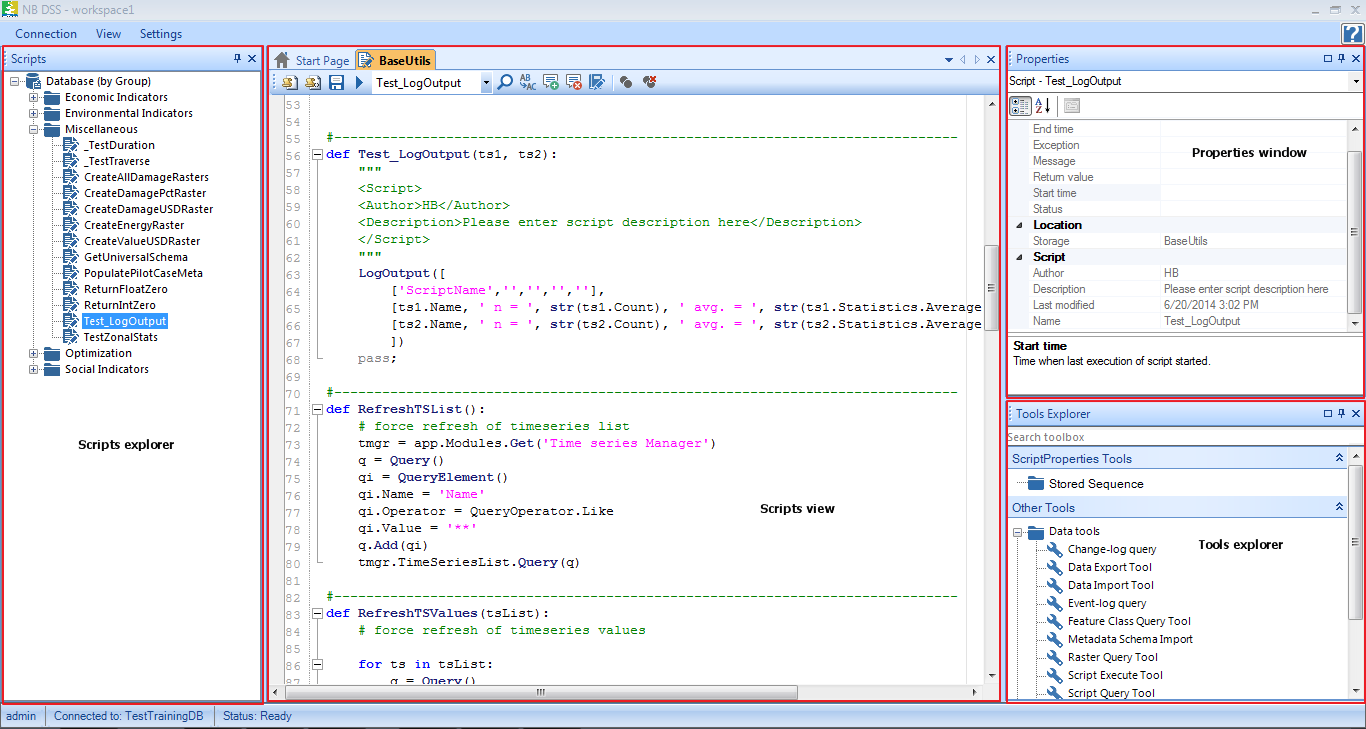