What is the Time series manager? Print

The Time series manager is one of the most frequently used managers of the DSS. This manager facilitates access  to  the  time  series  data  stored  in  the  DSS  database  as  well  as  to  create, import, edit  and  export  to  and  from  the  DSS  database. Time series data can be also viewed in a table or a graph. Quality flags can also be assigned to time series data to identify quality issues that exist.

1. The Time Series Explorer: where time series data are organized in user defined groups and subgroups.

2. The Data View Area: where the time series data is viewed in a graph or table formats.

3. Tools Explorer: where the tools that are relevant to time series data are accessed.

4. The Properties Window: where the selected time series and tools properties are displayed, property values are set and selected tools are executed.

The components of the Time Series Manager are shown in the figure below. 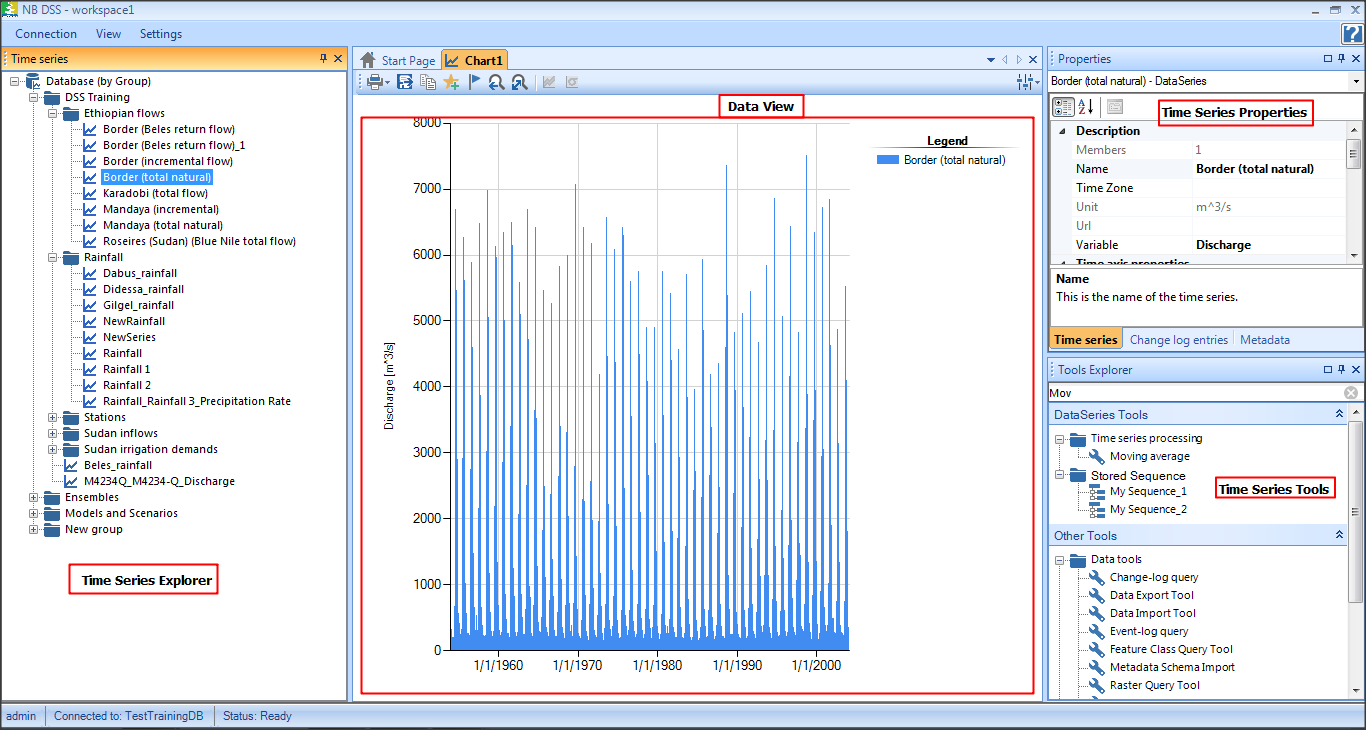 A number of tools are incorporated in the DSS to process, manipulate and analyze time series data. Those tools are object sensitive (i.e. when an object is selected such as a time series, only those tools which are applicable to this object appears in tools list. The DSS tools article [MAAMH1] shows a list of tools available for time series.