What is the Scenario manager? Print

The scenario manager is where the modeler can register (i.e. import) models and develop scenarios from a number of modeling tools.  It also has linkages to other software components of the DSS like:

· GIS manager to visualize the modeling objects and the model schematic

· Optimizer: this functionality facilitates defining an optimization problem either to maximize or minimize the objective function.

· Indicator definition: indicators can be defined for each model registered in the DSS

In its present form the DSS supports registering (i.e. importing) models from the following modeling tools:

Each manager in the DSS has four user interface components. These components are used to carry operations on objects related to a manager (e.g. running a simulation for the ‘Scenario’ manager). For ‘Scenario’ Manager these are:

1. The 'Scenario Explorer: where models, scenarios and simulations data are organized in groups and can be selected for further operations.

2. The 'Data View Area: where the models, scenarios and simulations data are viewed in GIS and table views.

3. The 'Tools Explorer: where the tools that are relevant to models, scenarios and simulations are accessed.

4. The 'Properties' window: where the selected models, scenarios, simulations data and tools properties are displayed, property values set and selected tools are executed.

The components of the 'Scenario' manager are shown in the figure below. 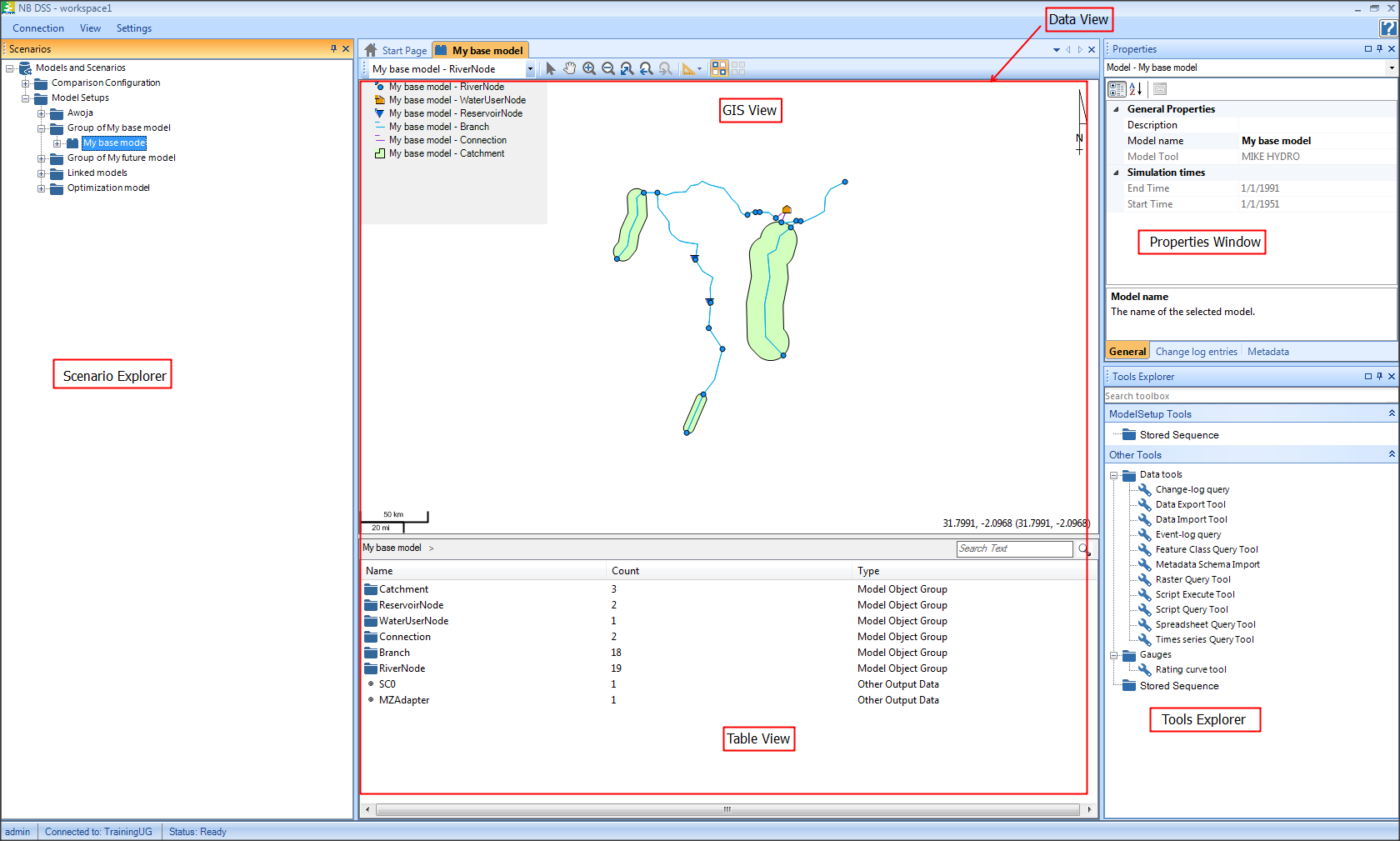