What is the GIS manager? Print

The  GIS  manager  of  the  DSS  is  dedicated  to manipulate  both  GIS vector  and  raster  data  sets either imported from external sources or created[1] within the DSS. The GIS manager's functionality is built upon those features to allow the user to manipulate GIS data the way it is manipulated in other GIS tools

Each manager in the DSS has four user interface components. These components are used to carry out operations on objects related the concerned manager (e.g. view a vector data file for the GIS Manager). Figure 1 shows the components of the DSS GIS Manager, namely:

2. The GIS Window area: where the GIS data is viewed in map or table format.

3. The Table view area: where the attributes data of vector layer is displayed

4. Tools Explorer: where the tools that are relevant to GIS are accessed.

5. The Properties Window: where the selected GIS data or tool properties are displayed, property values are set and selected tools are executed. 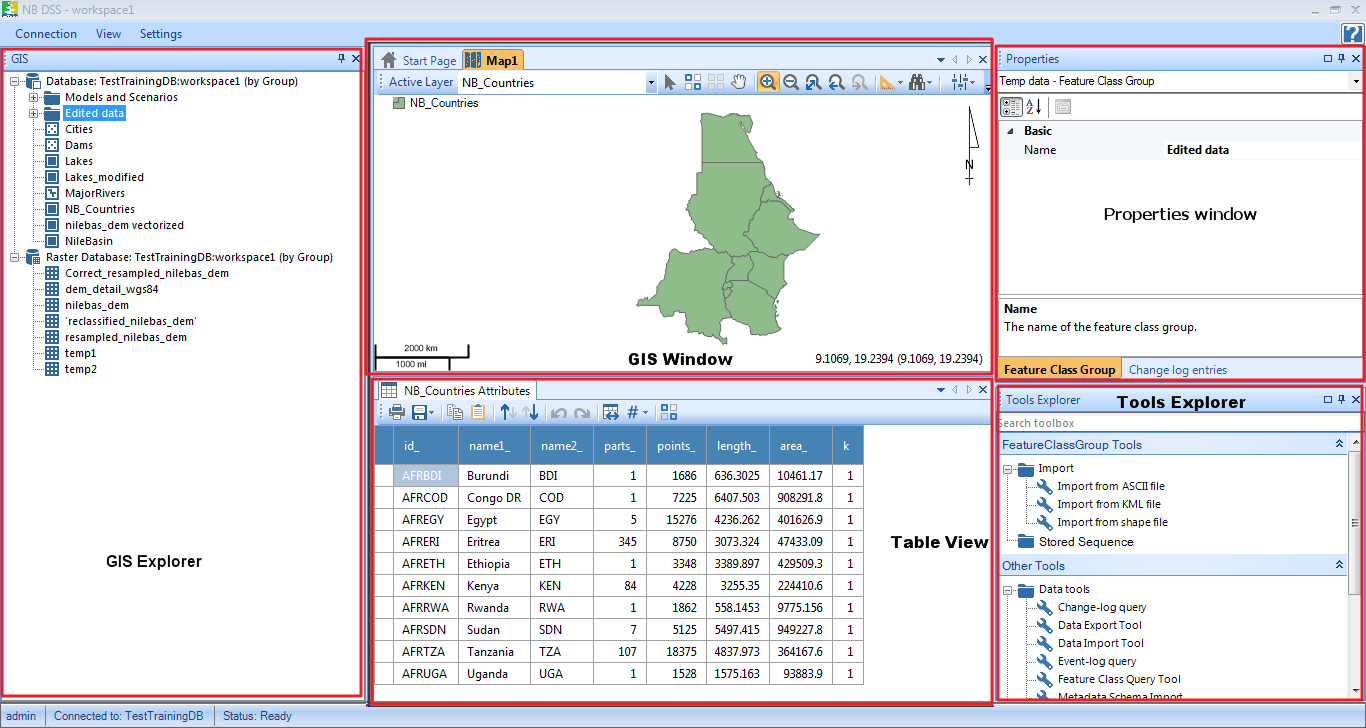 In the DSS, the user has also a number of built-in tools to manipulate, process or analyze the GIS data. For a list of those tools see DSS tools [MAAMH1] .

[1] Only for vector data