Database server: is a program that contains a collection of the DSS databases and provides database services to the DSS.

Database: is a collection of workspaces with identical structure plus a master template that contains tables related to user and workspace management. All data used and produced in the DSS is saved in a central database. This ensures data integrity and consistency at any time when the datasets are accessed and allows controlled data access according to the access rights defined in the systems manager.

Workspace: is a collection of tables residing within an area of a database. All workspaces contain the exact same set of tables; but with different data in the tables. Datasets in the DSS are organized in workspaces. Usually workspaces represent distinct and specific studies. This organization of data enhances the data access control and allows implementing standardized business processes in corporate environments.

User: A person who can have write and or read access to the database server, DSS databases and/or workspaces depending on his privileges.

Data Management in the DSS 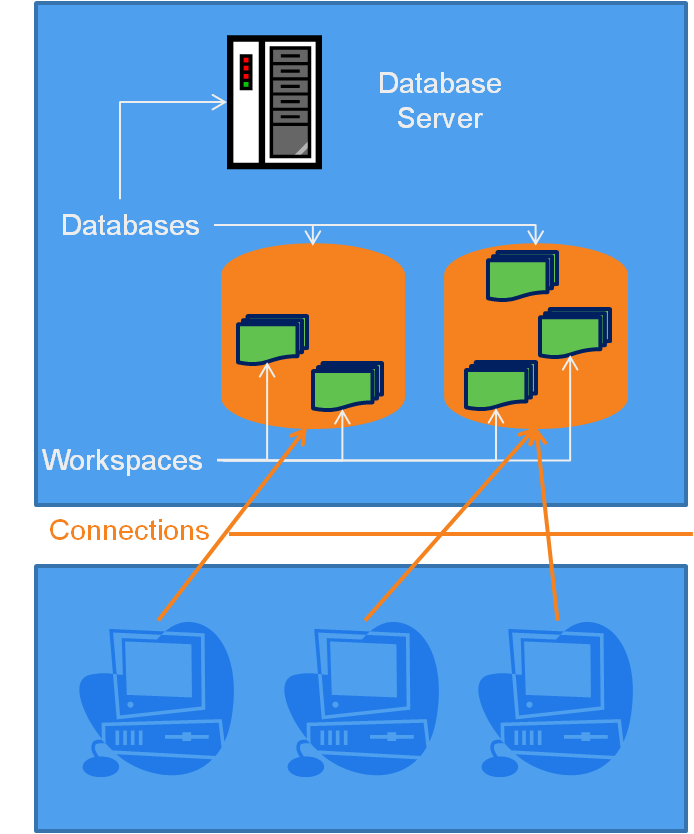 [1] DSS can also access databases on an Oracle Server which is a commercial product that need to be purchased to use with the DSS.