What is a spreadsheet?

A spreadsheet, also known as a worksheet, contains rows and columns and is used to record, compare, and process data. Originally, they only existed in paper format, but now they are most likely created and maintained through a software program that displays the numerical information in rows and columns. Figure 1 shows a basic example of what a spreadsheet - in Microsoft Excel - looks like as well as highlighting all the major components of a spreadsheet.

Computerized spreadsheets mimic their paper predecessors. In the software, the intersection of a row and a column is called a cell. Rows are generally identified by numbers — 1, 2, 3, etc. — and columns are identified by letters, such as A, B, C, and so on. The cell label or address is a combination of a letter and a number to identify a particular location within the sheet, such as A3. The advantage of using computer programs is their ability to update data and perform automatic calculations.

What are the uses of a spreadsheet?

Spreadsheets can be used in any area or field that works with numbers and are commonly found in the accounting, budgeting, sales forecasting, financial analysis, and scientific fields. Teachers can use them to store and average grades, while other individuals can use them to track a personal budget or store sports team statistics. Scientists mostly use spreadsheets for math calculations and some basic database functions and for creating charts of - for example - time series data. 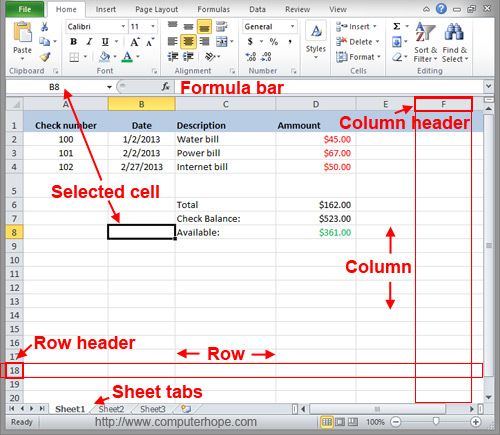 Figure 1 : An example of a spreadsheet (Microsoft Excel)