What are the available scripts in the DSS? Print

During the development of the Nile basin DSS, a number of consultation meetings and workshops were held to identify the key indicators that stakeholders in the Nile Basin are most interested in. This was part of a consultancy called 'Data Compilation and Pilot Application of the Nile Basin Decision Support System'. Based upon the discussions between the stakeholders, the consultant identified a number of key indicators that can be used in the DSS to evaluate scenarios and undertake MCA and CBA. These indicators were divided into the following three categories:

A scripting library was developed for the calculation of the above indicators. The scripts are organized into the following eight storages:

· SpreadsheetUtils: Scripts for accessing DSS spreadsheets and retrieving arrays and/or lookup values from the spreadsheets.

Figure 1 shows the dependencies between the above script storages. 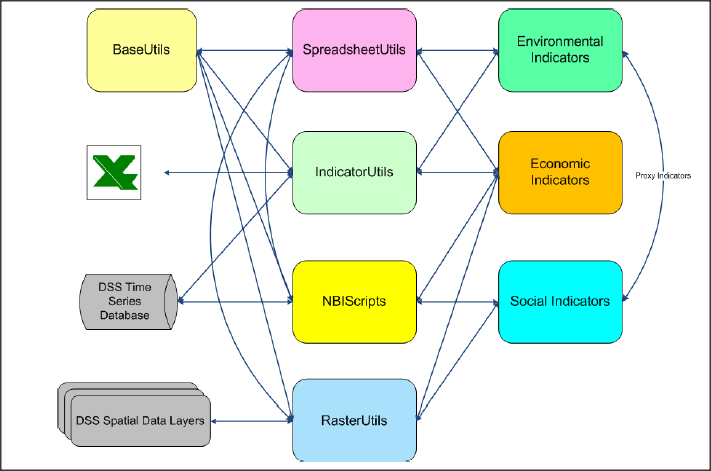 In the following section, definition of the scripts that are used to calculate the DDS indicators is given.

In this section, for each predefined script, the following is presented:

3. a description of what the script does